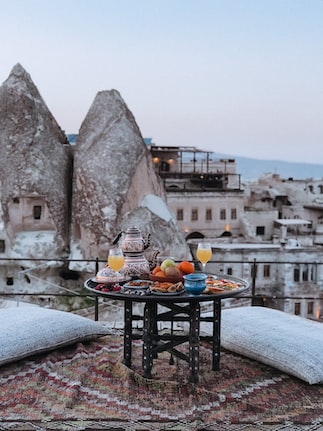 The problem with extended bull markets is that we can get a little too complacent. It’s a bit like the frog in a pot of water on the stove. As the water heats up, the frog becomes more comfortable and does not jump out of the pot. And then it’s too late. The market loses 1000 points per day and the investor, like the frog, is cooked before realizing it.

As of this writing, I still don’t know if the recent dramatic fall was a wake-up call or the real deal. But something is really wrong when a 350 point drop in Dow Jones is a relief. So regardless of the market close, or even the trends this week, I think investors – especially those who are retired or near retirement – are taking some time to think about their own strategies and assets.

First of all. Never, ever sell in a bear market with a market order

Nothing annoys me more than the baby E * Trade pushing a button on a cell phone demonstrating how too easy it is to trade with E * Trade and similar services. Aside from the obvious, it’s not the physical commerce that’s intimidating, it’s the what and when. But on Monday morning, more than a few babies from E * Trade were apparently hit when they (smugly, I’m sure) hit the “sell” button before the market opened in a position. the PowerShares S&P 500 Low Volatility Portfolio SPLV,
.
Instead of coming out near the top, they were bombarded as the ETF fell 33% in overnight trading between the market close on Friday and the market open on Monday August 24. By mid-afternoon, SPLV losses were reduced to a 2.63% drop. .

SPLV is an ETF that tracks the least volatile stocks in the S&P 500. For an investor, this is exactly the type of security you buy so you don’t have to sell at the first sign of trouble.

Looking at the chart above, it just looks like there was a backlog of sell orders in the market that built up over the weekend. A “market” order essentially consists of selling this security to the first bidder. at all costs. Apparently there were no buyers, or at least not enough to absorb the sale until the price hit $ 20.14. Ouch.

Whatever the reason, there are a lot of investors who have lost a lot of money that could have been avoided. By simply using a limited order, you specify the lowest price you want to sell at, over a specific period of time. So, if last week SPLV was selling around $ 38.00 per share, an investor could have placed a limit order for, say, $ 34.00 per share. This would limit an investor’s losses in the event of a massive sell-off.

Based on the chart above, SPLV could have sold for $ 34.00 instead of the $ 22.00 some investors apparently got. Or what seems possible to me is that SPLV would never have sold for $ 34 because there were no buyers to buy initially. Once SPLV bottomed out, the investor could hold their order in place, and it would have sold off at $ 34.00 a share. Or the investor could have canceled his order and waited to see how far the stock bounces and reassess the situation.

The big lesson is to plan your portfolio before a crisis. If you blame yourself for selling or buying at the wrong time, now is the time to take action so that it doesn’t happen again.

Disclosure: DeShurko is the owner of SPLV.