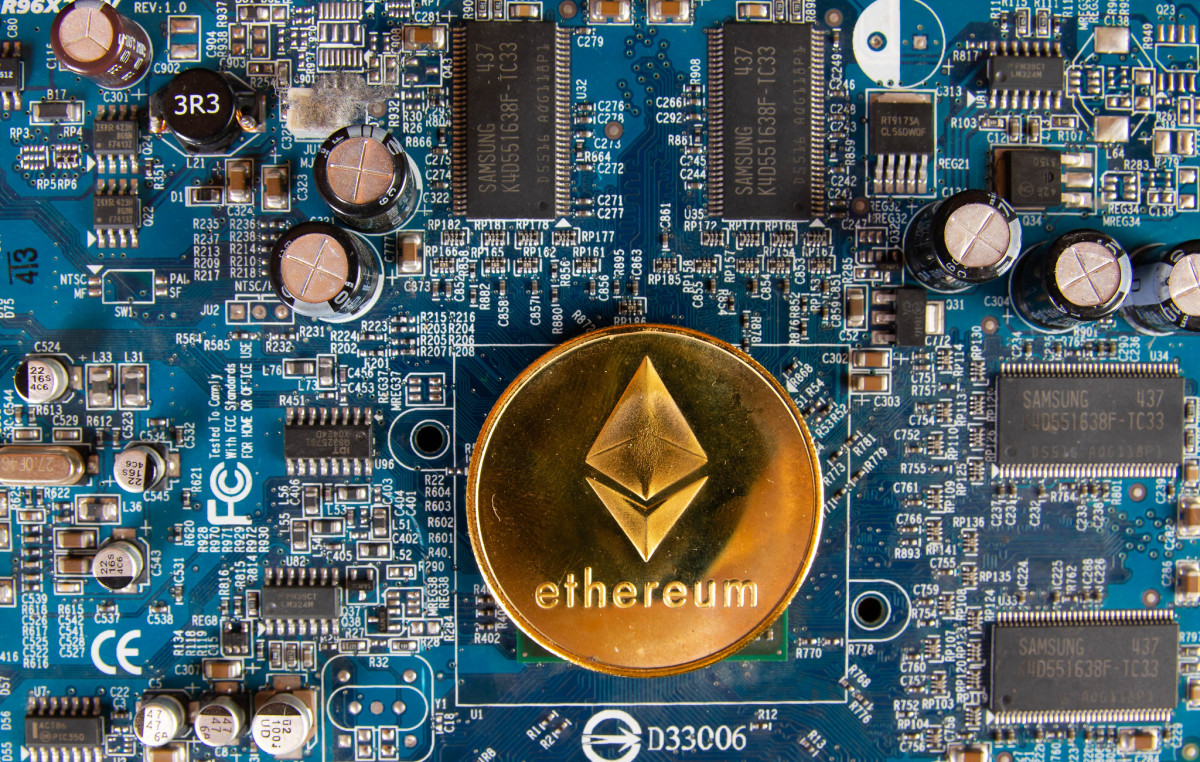 Ethereum price: are we still in a bull market?

Ethereum is still down more than 44% from its all-time highs, but it has also pumped nearly 31% from its lowest point from the high. So are we still in a bull market and can Ethereum hit another all-time high?

One indicator of the overall health of Ethereum is the direction in which the supply is heading. Generally speaking, when cryptos are sent to an exchange, it is for the purpose of selling the asset. When the opposite happens and the crypto is removed from an exchange and sent to another wallet, it is most likely due to a recent purchase.

According to Viewbase, a site that tracks exchange flow data on the top 43 exchanges, Ethereum’s supply on exchanges has declined significantly over the past year.

Long positions in the exchanges and the fact that a lot more Ethereum is leaving the exchanges than is sent to them are good signs for a continued bull market.

But an even better indicator of Ethereum’s short and long term performance is its pending upgrade which will likely increase its usage and potentially increase its price as well.

This model, combined with the use of sharding, will allow much faster and cheaper transactions. This is extremely important because Ethereum transactions are currently too expensive for small payments and transactions to be made.

Transaction fees on the Ethereum network have sometimes exceeded $ 70. The current fee to send a coin to the network is less than $ 10, but that means any coins held in a wallet with a dollar value less than the fee cannot be moved without purchasing more Ether to fund the transaction.

This makes microtransactions and using Ethereum as something similar to an app like Venmo or Zelle unrealistic. The future upgrade will slowly reduce transaction fees and open up the platform to all types of individuals rather than the wealthier traders or people looking to divest their farm. This increased use of a wider range of people could lead to higher prices.

Where can the price of Ethereum go?

Raoul Pal, former Goldman Sachs and founder of Real Vision, argued that Ethereum can hit Bitcoin’s previous record of $ 20,000 in this cycle alone.

This has been taken into account by looking at the network growth and market capitalization of Ethereum relative to that of Bitcoin. So far, Ethereum has grown faster, reaching a market cap of almost $ 100 billion with far fewer addresses.

Ethereum from 2017 until just before the April crash also shares nearly exact prices as Bitcoin does during its 2013 to May 2019 lifespan.

Another factor is that almost all other cryptocurrencies are following in Bitcoin’s footsteps. This is largely due to the fact that most of the people have not yet understood these technologies and therefore group all cryptocurrencies together.

This makes all other cryptos head to Bitcoin because it is the most well-known. Until more people are educated on the different types of cryptocurrency, their price movements will likely follow those of Bitcoin. This makes a bet on almost any crypto really just a bet on the performance of Bitcoin until those assets become uncorrelated.

Mister Car Wash On Track To Double Its Market Share By About 5% As Loyalty Program Gives It A Competitive Advantage, Analysts Say

Beat the bull market blues with this cheap 6.3% dividend

Opinion: Selling lucrative stocks in a bull market is a tough decision, but…

What will it take to kill this bull market? We will find out next year.

Is the bull market over after the sale of hedge funds?