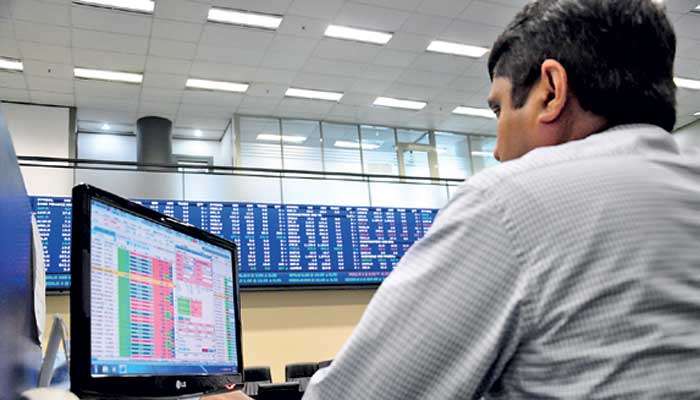 The Colombo Stock Exchange is on the verge of reaching a major milestone of Rs. 5,000 billion market cap at close if bullish investor sentiment continues today.

Had it not been for some profit taking, the CSE would have closed yesterday with the milestone as the ASPI recovered at midday after falling early in the trading day, but could not maintain the rally. However, the market cap stood at Rs. 4.999 trillion, compared to Rs. $ 4.999 trillion. However, since the start of the year (YTD), the value of CSE has increased by 69%. Thanks to sustained bullish sentiments from local investors, market capitalization is now around 30% of GDP compared to 20% last year.

The market closed slightly higher yesterday while posting a healthy Rs. 9 billion in turnover with more than 343 million shares traded.

Another important step, however, is the negative net outflow from abroad over the year, which is approaching Rs. 50 billion. Yesterday it stood at Rs. 49.87 billion. This is in addition to a record Rs. 51 billion outflows last year. With one more month, the 2021 figure should be a new high.

Asia Securities said that, supported by price gains from EXPO, indices edged up on Monday after witnessing a bout of volatility in the first half of the session. Despite dynamic stocks showing price losses, retail investors and HNI continued to position themselves on more fundamentally healthy counters across sectors, resulting in strong sales at the close of the market. EXPO dominated the activity with a turnover of Rs. 1.86 billion followed by BIL (Rs. 1.2 billion) and PACK (Rs. 934 million).

“After a sharp 114-point open, the ASPI erased its gains and slipped to an intra-day low of 11,160 (-38 points) in the first 15 minutes of trading. After jumping 118 points, the The index returned to negative territory again, driven by the price declines of BIL, LOLC, LOFC and JKH. The index then found support at EXPO and gradually regained ground as it grew. the session progressed. The stock continued to perform well throughout the session and broke through Rs. 500 billion market cap milestone with a gain of 6.6%, supported by strong retail demand and HNI, ”Asia said.

First Capital said the exchange managed to maintain its position in the green zone for the third day in a row, regardless of concerns about the new variant of COVID-19 detected around the world.

“The index peaked at a record high of 11,318 while gaining 121 points upon market opening. Subsequently, the index declined significantly to an intraday low of 11,150 within 15 minutes of the session. . After a volatile trading session, the index closed the day at 11,202, gaining four points, ”added First Capital.

He said the turnover was driven by a joint contribution of 42% from the capital goods sector and the transport sector.

NDB Securities said ASPI rose slightly due to price gains at counters such as Expolanka Holdings, Dipped Products and Hayleys.

The capital goods sector was the largest contributor to market turnover (thanks to Royal Ceramics), while the sector index lost 0.61%. The Royal Ceramics share price appreciated by Rs. 1.80 (2.89%) to close at Rs. 64.10.

The transport sector was the second largest contributor to market turnover (thanks to Expolanka Holdings), while the sector index increased by 6.55%. Expolanka Holdings share price rose Rs. 16.25 (6.57%), closing at Rs. 263.50